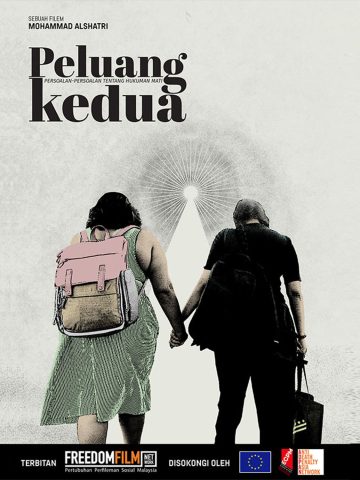 A documentary film which reveals the concept of second chance through the story of Pannir, a death row prisoner who wants to contribute to society through his younger sister Angelia and other family members. Pannir founded an welfare organisation called ‘Sebaran Kasih’ (Spread Love Malaysia) while being incarcerated in Singapore.

NOTE: Mohammad Alshatri will be present during the post-screening discussion.

Mohammad Alshatri is a political science graduate whose work focuses on police and prison reform. He uses film to tell stories, in particularly about the abuses and inequalities in the justice system. Mohammad’s first short animation film, ‘Chili Powder and Thinner’, is based on true events about a boy who suffered custodial torture and had lost his friend while in police detention.