In Indonesia, 1965. Suddenly, hundreds of thousands of people were arrested without official warrants. Some returned home, many disappeared forever. Hundreds of thousands, if not millions, of children lost their parents. A Daughter’s Memory, is a story of one of survivors of the darkest chapters in Indonesia’s history. She recalls her memories with her loving father who was one of the senior leaders of Indonesian Communist Party.

“How can someone be told to live in constant fear? It’s been half a century.”

Now is the Time of Monsters
So much of our South East Asian histories are buried in the past like the one-time ruins of Angkor or Borobudur. Our historical amnesias, past traumas, the pain of remembering the temptation to forget. Pinochet’s Chile, the Mothers of the Disappeared in Argentina. The story of a terrified girl clinging to her last memory of her parents, a young hero about to embark on a journey to confront the dark side of history – empire, regime, the new order – this didn’t just happen a long time ago in a galaxy far far away– in 1965 Indonesia the New Order arrived with sword, fire and a wave of terror. 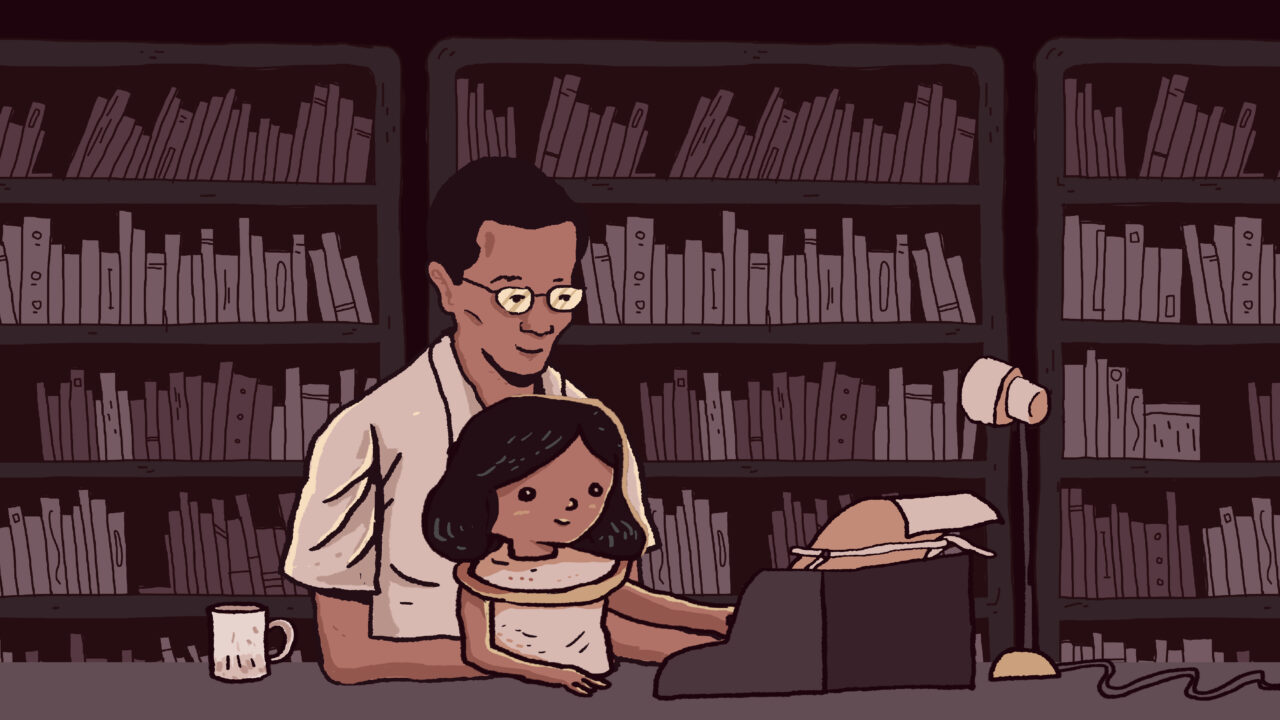 “In the context of the 1965 Humanitarian Tragedy, the New Order regime tried to suppress the incident by presenting one version of the story, the government’s version, that was being recited in the community, the media, and schools. The personal experiences of the living witnesses, like the one told by Svetlana, seem to be silenced. Svetlana’s experience is one of many stories of young girls who lost their fathers—a story of a child’s longing for their parents. The video is not merely about the 1965 Humanitarian Tragedy. Svetlana’s courage to tell her story and preserve the memories of what she experienced at that time is her way to fight trauma and contribute to creating a space—a space that allows for different versions of stories of oppression to be told. “

“For me, it is very important to really discuss the future steps when dealing with the discourse of past events in Indonesia, to deconstruct a monolithic version of history and provide an interesting form of memorialisation to create a democratic dialogue on history”
– Kartika Pratiwi, director of A Daughter’s Memory, Impact Story: A Daughter’s Memory (Video for Change.org)

A Daughter’s Memory – Film Site
“In Indonesia, 1965. Suddenly, hundreds of thousands of people were arrested without official warrants. Some returned home, many disappeared forever. Hundreds of thousands, if not millions, of children lost their parents. A Daughter’s Memory, is a story of one of survivors of the darkest chapters in Indonesia’s history. She recalls her memories with her loving father who was one of the senior leaders of Indonesian Communist Party.”
– Kartika Pratiwi, Film Site

A Daughter’s Memory – Q&A: ReelOzInd! 2019 Best Film, Best Animation winner Kartika Pratiwi
“Young people in Indonesia today mostly don’t have any idea about what happened in the 1960s: the lack of sources, the social trauma, the mono-narrative history. A Daughter’s Memory focuses on the memory of a young girl who misses her father, using universal language. We wanted to make a film with a simple narrative about memory but also one with a strong and powerful message. It’s a film from the perspective of a young girl — a daughter of the victim — and focuses on places which played an important role in her memory.

“The positioning of A Daughter’s Memory in 1965’s Indonesia is blurred between the boundaries of the certainty of history, the reasonableness of history, and between what has happened and what should happen. We believe it is important to see different perceptions and interpretations of the past through individual memory.” – Kartika Pratiwi

A Daughter’s Memory : 1965 in Animation
By capturing the story of a young daughter who lost her father, the film aims to represent the 1965-1966 violence from an alternative perspective. It is a national tragedy but also a personal experience. It is not only about loss and sorrow but also about struggles and overcoming fear. These experiences presented in the film are the ones of Svetlana Dayani Njoto, one of Njoto’s daughters who has been actively involved in the film project. Through Svetlana’s narratives, Njoto, who is remembered in Indonesia’s history as a PKI leader, became another figure – a patient father who taught his daughter how to use the typewriter, for example. But Svetlana’s narrative does not spare the details of the horror that happened in 1965 and 1966. She recalls her experience of being detained in a jail along with her mother and other siblings. She remembers seeing victims of brutal interrogation techniques being dragged back to their cells covered in blood on a daily basis. Svetlana was often instructed to clean up the interrogation room in the morning when it was not in use. Here she saw traces of torture, such as the stingray tail and the floor covered with blood.
– Grace Leksana, Open edition Journal

Screenings
To date, there have been 38 public screenings in Indonesia, Netherlands, Germany, and Australia including at ReelOzInd! 2019, Festival Film Dokumenter (2019) and individually organised screenings via the film Site.

Watch on CloudTheatre: A Daughter’s Memory (2019)