Youth at Heart of Social Change

How do you spark a movement in your school? Freedom Film Network in partnership with Apa Kata Wanita Orang Asli are banding together with schools to aid students in their social justice campaigns. Here is one school’s story on how its students are making a difference – and making history right.

En Xin, 17, is confidently engaging visitors to an exhibition in her school. She passionately shares untold stories of resilience of the Orang Asli children in their quest to go to school.

She is among the students from Pay Fong Middle School in Melaka who are stamping their mark as leaders of tomorrow. Outside the classroom, they are part of a movement to demand equal access to quality education for Orang Asli children.

They know just how important it is to demand for change now, and they are starting at the local level.

They have curated an exhibition called A Long Journey To School to inspire action within their community on the issue of education inequality. They have also started a book drive, #ProjekUbiKayu, for Orang Asli children studying in a nearby primary school.

Students from Pay Fong Middle School have curated an exhibition called A Long Journey To School to inspire action within their community on the issue of education inequality. They are part of a movement to demand equal access to quality education for Orang Asli children.

En Xin and her classmates engaged with almost 700 visitors at their exhibition. From the 120 post-exhibition surveys collected, nearly all the visitors had gained new knowledge in understanding the issues affecting the Orang Asli children and had made a commitment to act.

No mountains, rivers or distance can separate us

Just 10 months ago, these students didn’t even know that the Orang Asli community exist, let alone the issues faced by them. That changed when their teacher, Koh Qiu Ying, included the Apa Kata Wanita Orang Asli school programme into their curriculum after learning that the historical facts about the Orang Asli were left out of their textbooks.

(Apa Kata Wanita Orang Asli is a youth initiative that advocates for the rights of the Orang Asli through film.)

Koh taught her students not only the study of the Orang Asli throughout history, but also their struggles in the context of today’s societal issues.

“From historical events, we can only understand and reflect,” she explains.

“From current issues, we have the opportunity to act or change. The lessons in this programme give the students eyes to see injustice and nurture their hearts to act for what is right.”

The students became aware of the injustices faced by the Orang Asli when they read stories and watched films produced by the Apa Kata Wanita Orang Asli team. They were especially moved after six young Orang Asli women shared their stories, experiences and struggles during the post-screening question-and-answer session. The six were Analisa Atang, Airene July, Ashley Aman, Diana Tan, Maranisnie Mohsein and Sherry Tan.

Diana says, “We feel like a foreigner, a penumpang in our country, despite being the first peoples of this land. We are bullied in school and our native customary lands are taken.

This is why we strive to tell our stories – in books, films and on YouTube, for others to see and hear us. We need to make our identity as Orang Asli known for us to be acknowledged as Malaysians.”

“We feel like a foreigner, a penumpang in our country, despite being the first peoples of this land… We need to make our identity as Orang Asli known for us to be acknowledged as Malaysians.”

Lee Jun Yu, a student, responded by saying, “When I heard this, I felt ashamed. It’s such a huge responsibility for her to prove her indigenous identity and to fight for justice for her community. It’s something I do not need to do.”

Such personal sharing moved the hearts of the students and they responded by reflecting on their own experiences of injustice. This cemented solidarity and fostered a community of youth in action.

Let’s be the changemaker we are

As a generation, the students from Pay Fong Middle School and the Apa Kata Wanita Orang Asli team are making themselves heard as active citizens pushing for change to build the current and future Malaysia.

Student Ivan Seow is a testament to this. Keenly aware of the racial divide in this country, he’s boldly stepping out of his comfort zone in hopes of creating a unified society. “I want to build strong relationships with people of other races and cultures. I’m beginning with the Orang Asli.”

Their movement has gained good media coverage and community support. The students, together with their teachers, have since collected more than 1,500 books for #ProjekUbiKayu. 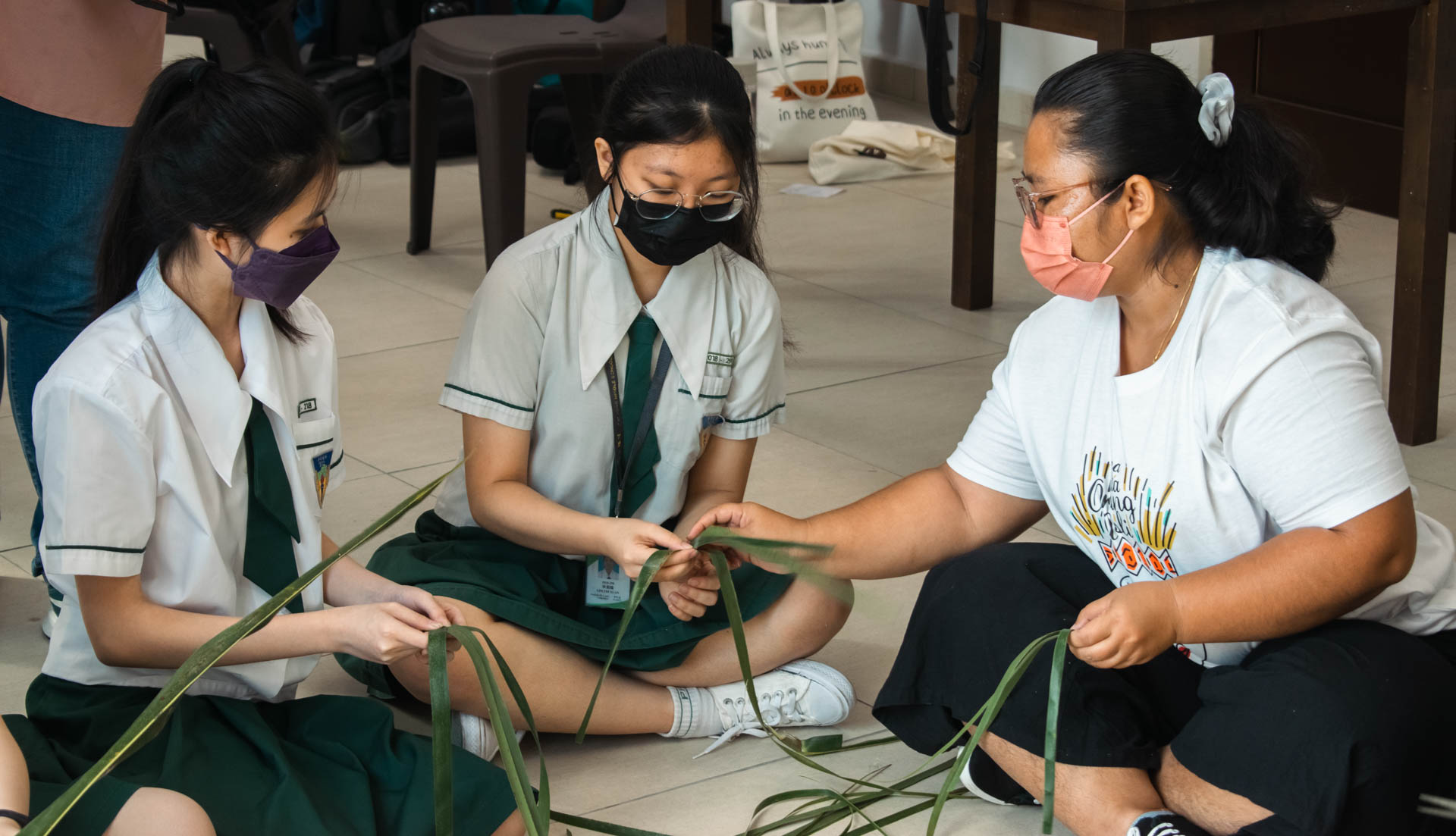 This initiative is in partnership with educators, schools and the Orang Asli community. It aims to spark dialogue and shape perspectives of what it means to be Malaysians.

Each activity comes with guided questions to initiate discussion and thought. Students will also dialogue with the Apa Kata Wanita Orang Asli team during the post-screening question-and-answer session.

The activities are designed and facilitated by teachers, Freedom Film Network and the Apa Kata Wanita Orang Asli team. In 2021, the programme virtually went into the classrooms of six schools throughout the country and impacted at least 650 students.

In 2021, the programme virtually went into the classrooms of six schools throughout the country and impacted at least 650 students.

Create your own changemaker programme by adopting our Apa Kata Wanita Orang Asli school programme. We will provide resource materials to aid education inside and outside the classroom. Our resources include:
1. A lesson plan for educators; and
2. Educational materials such as the films Selai Kayu Yek and Klinik Ku Hutan, and the book Kami Pun Ada Hak Bersekolah: Wanita Orang Asli Bersuara.
Contact us at [email protected] or on our social media channels: FB, IG

Rise Up: If Not Us, Then Who? Sherry Tan, a spunky 21-year-old from the Jakun tribe in Malaysia, went live on YouTube for the first time in November last year. “I was nervous and happy...